Again with thumping heart I set off on the negligible mileage to Wiston Steam rally – 40 mins away (15 in any other vehicle).
Sooo relieved to get there, and straight away the conversations start. Old men with memories of their dads driving girder fork (GF) vans. 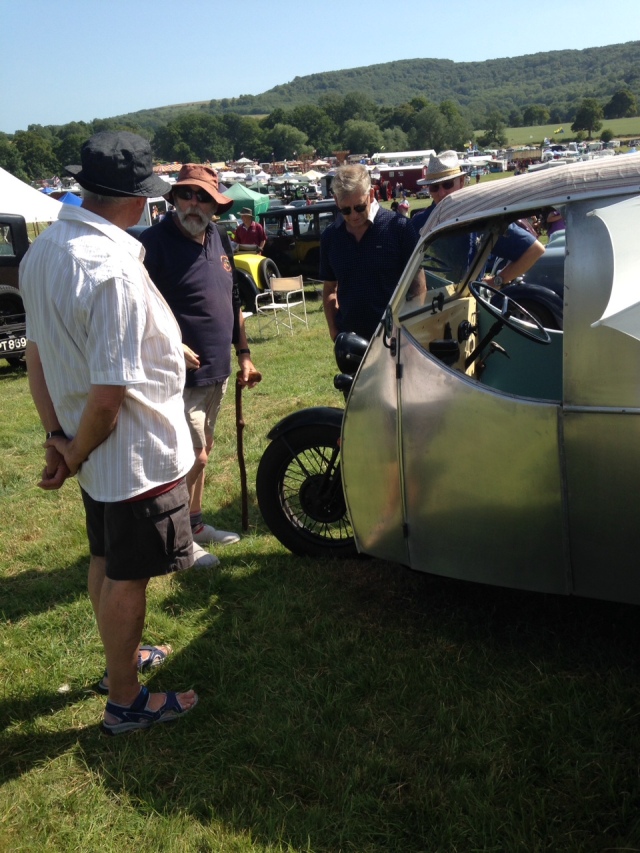 Knocked out ‘cheap as chips’ post-war, they provided an army of de-mobbed men with the means to ply their trade.
The 90 year old ex-paratrooper with his stories of the Russian front, India and Malaysia, whose chimney sweep father had used his GF van for his Home Guard duties, only to tip it over with 2 colleagues and a bag of soot in the back; the asbestos roofer overloading the roof rack and nearly capsizing it with the three kids in the back; the tv repair man , the butcher, (my van bringing back the smell of meat to the now 70ish daughter), etc etc.
Getting a rosette and hearing people say ‘that’s the best thing here’.

Being in the same square mile as stands displaying “English animal traps from 1600 to the present day” and “Dairying Bygones” – you just know you’re in good company!!
The UKIP display took a little bit more thought processing, but it was, after all, in a classic ’70’s caravan (just like the old days…).
A country walk in the setting sun to an old Sussex village pub and 3 traction engines sat breathing in the car park; a fox crossing the lane in the dappled sunset and the farmers hay freshly mown and awaiting baling. 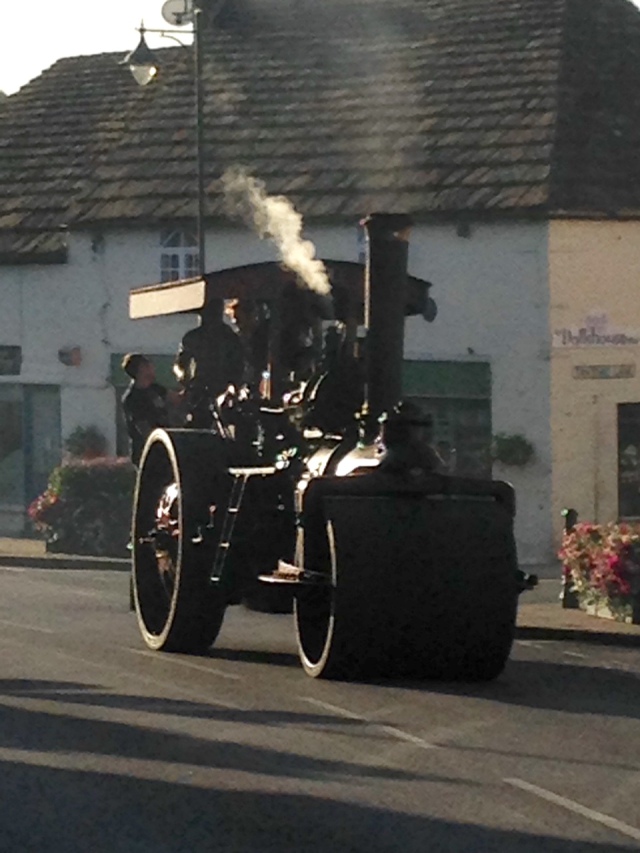 Back to the show ground and the steam engines blowing their whistles past the beer tent with rock and roll band playing to the small hours; black pudding pies, pints of Hophead ale, and another brass plaque to glue inside the Reliant…..Ah! An English summer! 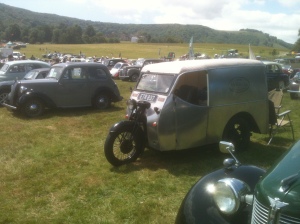